Home Videos Visionary Powerlifter With Down Syndrome Benches Over 400 lbs!

Jon Stoklosa is a 31-year-old competitive powerlifter. It just so happens that he is a powerlifter with Down Syndrome but that doesn’t stop him from being a hero to us all. He spends his days working at a local grocery store where his managers boast about his work ethic and are thankful for having him. Jon also is one of the kindest athletes you will meet, as he often hands out stickers to the children he sees and also helps old ladies bring their groceries to the car.

Jon’s parents say that the key to their son’s resiliency was raising him just like their other children. Great things were expected of him. When you look at Jon, what do you see? All we is a visionary competitive powerlifter. Too bad society only sees someone with special needs. We should all learn to live outside the norm. Achieve for something greater. Reach levels you never thought were possible. Remember that you are only confined by the walls you build yourself.

For those of you don’t know, down syndrome is caused by the presence of all or part of a third copy of chromosome 21. It is typically associated with physical growth delays, characteristic facial features and mild to moderate intellectual disability. The average IQ of a young adult with Down syndrome is 50, equivalent to the mental age of an 8 or 9 year old child, but this varies widely. The average life expectancy with someone who has down syndrome is 60 years old.

About 92% of pregnancies in the United Kingdom and Europe with a diagnosis of Down syndrome are terminated. In the United States termination rates are around 67%. Jon has been beating the odds his whole life and proves that you shouldn’t limit yourself to society’s expectations.

What odds have you had to overcome in your journey and what kept you motivated? 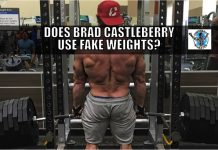