Home Training Are Ripped Abs Made In The Kitchen?

Are Abs Made In the Kitchen?

I’m sure you’ve heard the phrase abs are made in the kitchen hundreds of times in your life. Everyone these days will tell you that in order to get a nice set of ripped abs, you have to watch your diet…which is true. But to be completely honest, I think many people use this as an excuse to work out their abs minimally. Why do I say this? Well, because most people don’t train abs effectively and waste a lot of energy by doing a 1000 situps and wondering why their neck and hip flexors are sore.

I will put it like this: the more you develop your abs, the less dieting you have to do in order to have your abs pop. There are some people with excellent development in their abs who are only at 7-8% bodyfat while others need to get down to 5%.

I usually do a circuit of abs/lower back after each workout most days of the week. Fitness gurus often debate how often you should train abs; some say everyday, some say once a week “like every other body part” (lol) so the key is to find what works for you. We recommend hitting them multiple times per week.

So, how do we develop ripped abs?

Don’t be the person in the gym wasting energy doing tons of situps that don’t work.

The key is to maintain a posterior pelvic tilt at all times. You do this by keeping your lower back tight to the floor when you’re doing a crunch and allow your hips to roll out from underneath you. Another key point is to inhale as your abs expand and exhale as you squeeze them. Try this out and I guarantee you will feel it in your abs-not your back, neck, and hip flexors.

I’m a big advocate of not using belts unless you go really heavy, therefore another benefit to having a strong core is less dependence on lifting belts. When I say your core, I’m talking about abs and lower back. If your lower back fatigues a lot easier than your abs do, try throwing in some back extensions at the end of your workouts.

The great part about ab workouts is that they can be done anywhere. You need little to no equipment. One of the easiest things you can do is pick up a Stability Ball

and an Ab Wheel

The stability ball is great because it allows for your hip to come off the ground while you contract your abs.

So in reality, ripped abs are shown in the kitchen, but they are developed in the gym!

How often do you hit abs and what are your favorite exercises? Let us know in the comments below! 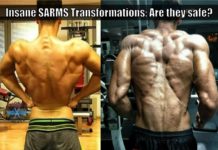 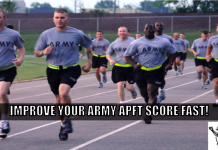