The Arnold Classic is one of the most anticipated bodybuilding events of the year that goes down in Columbus, Ohio and attracts some of the greatest athletes around the world. Arnold hosts his event is Columbus because it is where he won his first world bodybuilding championship. Beginning in 1989, the past 25 years has had some of the best IFBB pro’s have hit the stage and competed for the title. We have compiled a list of the 10 greatest as well as some classic video footage of the arnold classic winners.

To be fair we have decided to list out our criteria that we used to rank this list. It was tough, but in the end we feel as though we made the best choices possible to be fair to our readers. Here is what we looked at

Who else do you think should be on this list? Leave us a comment and let us know! 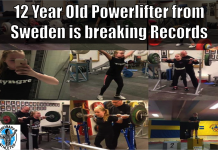