Home Motivation How to Become The Visionary Athlete

The Visionary Athlete: Picture Your Goals And Do Work!

The main concept behind being a visionary athlete is to be both a visionary and an athlete. When I say “visionary,” I’m talking about someone who has a goal set in their mind and are progressively bringing it to realization. When I say the word “athlete,” I’m not necessarily talking about being involved in a sport. An athlete can be anyone who participates in physical training. So bringing these two concepts back together, you get the idea that in order to become a visionary athlete, you don’t have to be at an elite level, you just need to focus on becoming the best version of yourself. Visionary athletes focus on how much they can improve. Visionary athletes aren’t in the gym or at the track questioning how much work is left, they question how much THEY have left. Visionary athletes ARE visionaries because they have a bottomless hunger, a hunger to get better. They wake up each day excited because they understand that they are one step closer to their goals. Visionary athletes enjoy life and are happier overall because we find balance. Fitness isn’t life and our lives don’t revolve around fitness. Visionary athletes understand that there is a much bigger picture than the one they see in the mirror; they know that they can have an impact on the world by helping others reach their goals. Lastly, visionary athletes have confidence to achieve whatever they desire, both in and outside the gym. This confidence comes from a lack of an acknowledgment of fear. Visionary athletes don’t even fathom the thought of failure or any other fear. If you allow that thought to enter your mind, you have already failed. Outlined below are the steps you should take to become a visionary athlete:

Visionaries understand the importance of having a goal. They also understand that there are short-term and long-term goals and that the more arduous the task, the more effort they must put in. But that’s okay because that results in a greater sense of achievement and overall satisfaction. What many people tend to lack besides self-confidence is a definitive goal. If a ship is in the ocean without a captain to steer it, then it will not go very far. What you need is direction and a definite purpose. Direction will guide you on your journey and purpose will remind you why you are doing it! So from a fitness perspective, this will involve you deciding why you want to workout. This spectrum can range from someone whose looking to lose a couple of pounds to save their life all the way to someone whose looking to become a professional athlete. Most of us lie somewhere in the middle so think of both a short-term and long-term goal and take it one day at a time. Something reasonable for a short-term goal could be making the varsity sports team or putting on some lean muscle. A long-term goal could be wanting to compete in a bodybuilding/fitness competition or maybe getting your own cover shoot. It may seem far-fetched now, but every incredible story started with an idea, a thought, a spark of interest. Instead of questioning why you should do something, rather question why you shouldn’t do something.

Visionary athletes not only have a vision of what they want to achieve pictured in their mind, they are constantly reminded of it through repetition. After you define what your goals are, the first thing to do is to write them down, on paper or in your phone. What I do is take a picture of it and set it as my phone’s lock screen so every time I use my phone, I’m reminded of what it is that I’m working towards. This motivates me every time I look at it because it drives me nuts that I’m not there yet. But patience is probably the hardest aspect of it. Anyone can go to the gym and workout hard, but for how long can you do it while maintaining your vision? You see everything doesn’t go according to plan, so when you hit a road block or a plateau; how do you carry yourself and stay motivated? I’m not talking about motivation that lasts a couple of weeks or a couple months, I’m talking about motivation for life. Keep those visions, goals, and dreams written down and take them with you everywhere.

There are two extremes I see too often when it comes to developing a plan: the first involves a lack of variation and the second involves a lack of simplicity. Crazy, right? What I mean is that someone developing a training plan either does the same thing over and over again or they try to do everything at the same time. I will admit that in the past I have done both. Let’s say for example your short-term goal is to lose weight; someone without variation will drive to the gym and run the same 2-3 miles every single time and eventually get bored and quit within a matter of weeks, maybe months. Someone without simplicity will do two-a-days every single day because they are ego driven and that rarely lasts longer than a few weeks, maybe a couple of months before they burnout. Personally, I have two-a-day workouts often but that will only be a few times a week. I would rather work out once every day then workout twice a day for only 3-4 days a week. Your muscles tend to recover quicker than your mind does. Depending on your current fitness level, there’s no reason why you shouldn’t be able to perform some sort of physical activity every day. There’s always something you can do. For seasoned athletes, I would recommend working out 6 days a week, and for someone whose just starting out, I would start at 3-4 days a week and gradually work towards 6 days. The one day off is there not so much because your body needs it, rather it’s because your mind needs it.

The key is to find balance and keep it simple. If your training for a sport, then develop a plan with athletic orientated workouts such as squats, lunges, and step-ups for explosiveness. Also be sure to include some workouts such as sprinting and mid-distance running. If you’re a powerlifter, then train for powerlifting and so on…you get the idea. Be the best version of yourself in whatever it is you do. I don’t lift to become a bodybuilder and I don’t sprint to become a sprinter. I don’t even participate in any sports at an elite level, but I train to be an athlete and therefore I have the ability to run with the sprinter and I also have the ability to lift with the weightlifters. It’s the best of both worlds. Your goals will be different so develop your plan accordingly.

There are different ways to get motivated and some of these include watching youtube videos, reading personal development books (Think and Grow Rich

), and watching inspiring movies/documentaries. There are plenty of fitness channels you can watch that will get you ready to go to the gym and do work. Some of my favorites are Joe Donnelly’s (former NFL player) youtube channel, Steve Cook’s Swoldier Nation Channel, Layne Norton’s channel, Nick Wright Bodybuilding, and various others. Many of these people are also on twitter and my favorite person to follow on twitter for motivation is Cory Gregory (Co-Founder of Muscle Pharm

). Find someone who is in a similar field as you are and pick up advice and tips. Remember that in order to become an inspirational leader, you must first become an excellent follower. Even your idols have idols.

At the end of the day, you can watch all the motivational videos that you want but the most important part is passion. You just have to want it. You have to want to get better each day. Yes, there will be days where you don’t feel like going to the gym, it happens to the best of us. The ironic part is that the more you push through those kinds of days, the less often they occur. Your workouts become a routine and this routine becomes a habit. This habit of success transpires to a lifestyle where you’re not just concerned about yourself, but you also find joy in inspiring others. It would be selfish to keep the enjoyment that you receive from working out to yourself-share it with others. This will not only bring overall satisfaction, but it will keep you motivated because you know that you motivate others.

Many people use the term do work and hard work without a complete understanding of what is actually hard. Anybody can throw a bunch of plates on a leg press, but fewer people will actually squat. Anybody can walk/jog a few miles, but fewer people will do sprints. Why? Because it’s hard. Because the majority of people remain in their comfort zone. They will then wonder why their seeing little to no progress. You have to constantly challenge yourself and reach the unreachable. You shouldn’t conform to society’s standards because that’s what everyone does. The “do work” attitude isn’t a fad, it’s a mentality.

Success is the progressive realization of a worthy goal or ideal. 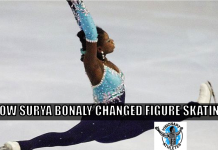